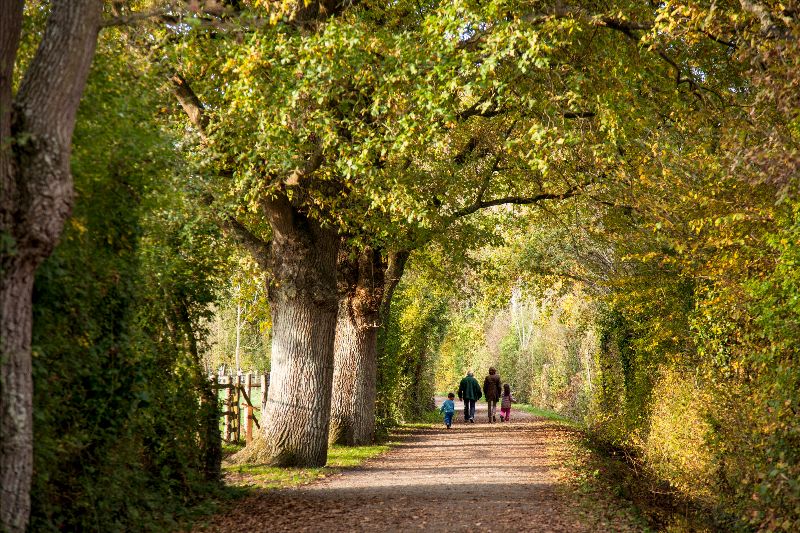 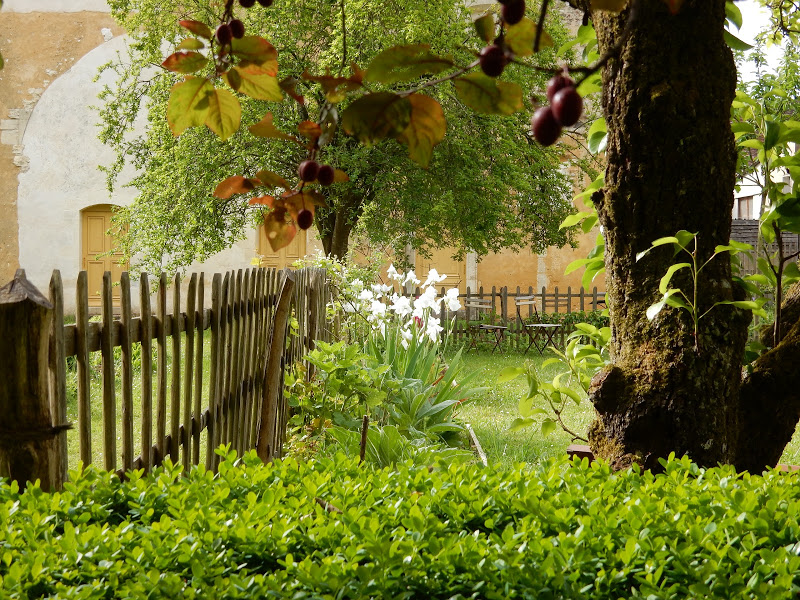 Le Mans is known as the ‘Ville Nature’ (nature town) and will make a great short break destination once we are able to travel to France again. City breaks will present a challenge for the authorities and it is believed towns that can offer something more than just a city centre visit will be more popular. 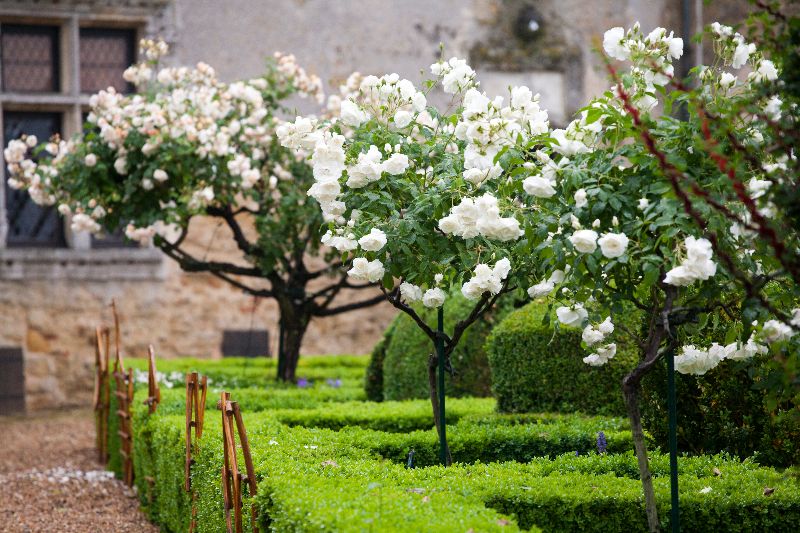 Somewhere like Le Mans has an advantage in being so ‘green’ and environmentally friendly to start with. Le Mans covers the same surface areaas Lyons but has a considerably smaller population. Le Mans sits on two rivers– the Huisine and the Sarthe and contains over 350 hectares of open spaceswithin the metropolitan area. This includes parks, sports arenas, communal exterior areas and gardens (over 200 private family gardens and allotments in four corners of the town) plus in the very heart of Le Mans, a farm with over 85 animals, plus forests, woods and fields. Even the environmentally friendly tramsystem has hectares of trees planted along the tramways.

The whole population of Le Mans is involved in keeping the town green and well cared for.  Over 200 people are involved in various jobs such as gardeners and horticulturalists concerned with preservation of the environment which also is visible in the town having signed to Agenda 21 which preserves the biodiversity of Le Mans and protects resources. One initiative is the reintroduction of pastureland within the town.  This was successfully first attempted in 2015 with a small herd of goats on the Maulny Ford and has been followed with other initiatives since then.

PS: Did you know that beehives even adorn the steps of the Town Hall and honey has been produced here since 2011? 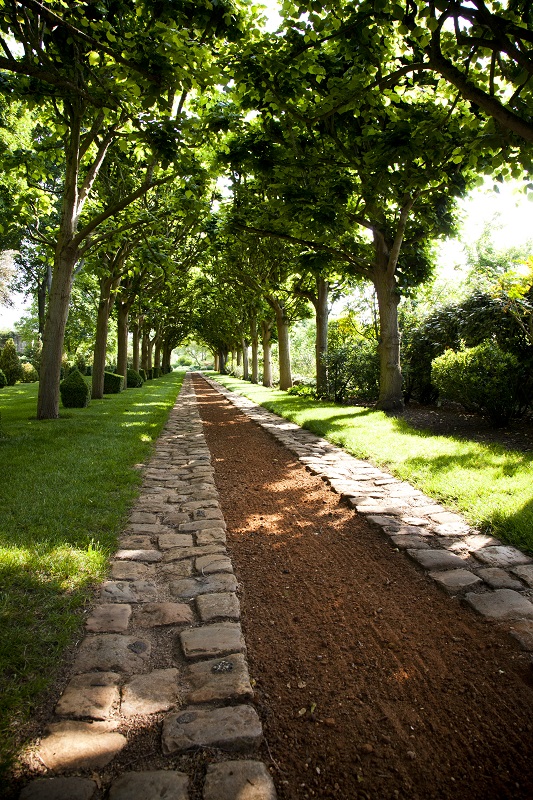 The municipal horticultural programme is another success with over 260,000 plants produced annually including 50,000 bulbs, 115,000 annuals, 95,000 bi-annuals, 65,000 chrysanthemums…. Included in this programme is the control of pests without using insecticides.
Many of the promenades, parks and gardens of Le Mans date from the eighteenth and nineteenth centuries. It was the end of the twentieth century when the gardens were laid surrounding the Roman walls of the town and then the twenty first century, the Theodore-Monod Park with its gorgeous fountains was opened too. What is special is the variety of themes in these open spaces, French gardens, English gardens, perfumed gardens, medieval gardens …

One example of a historical garden is the Jacobin Terrace and Cordeliers Promenade that date from 1791 when the town acquired these two convents and engaged a young engineer, Louis Bruyère, to design the space. It was he who introduced the terraces of lime trees that were added to by M. Dupuis, landscape gardener, in the English style in 1879.The gardens were largely left untouched after this until 1970 when the limes were replaced and the whole area was revamped with grottos, waterfall, lazy river and amazing trees such as the micocoulier and gleditschia renamed the Jacobin Square.

Another example is the Jardin des Plantes designed by Jean-Charles Adolphe Alphand who was famously the Director of Parisien Parks, creator of the Parc Monceau, the Buttes-Chaumont and the Parc Montsouris. His design for the garden has been classified since 1945. The upkeep has been taken over by the horticultural volunteers since 2010.

A good example at the other end of the spectrum of gardens in Le Mans is the Pôtagenet – a kitchen garden in the Cité Plantagenet part of town which is tended by the children of the area. 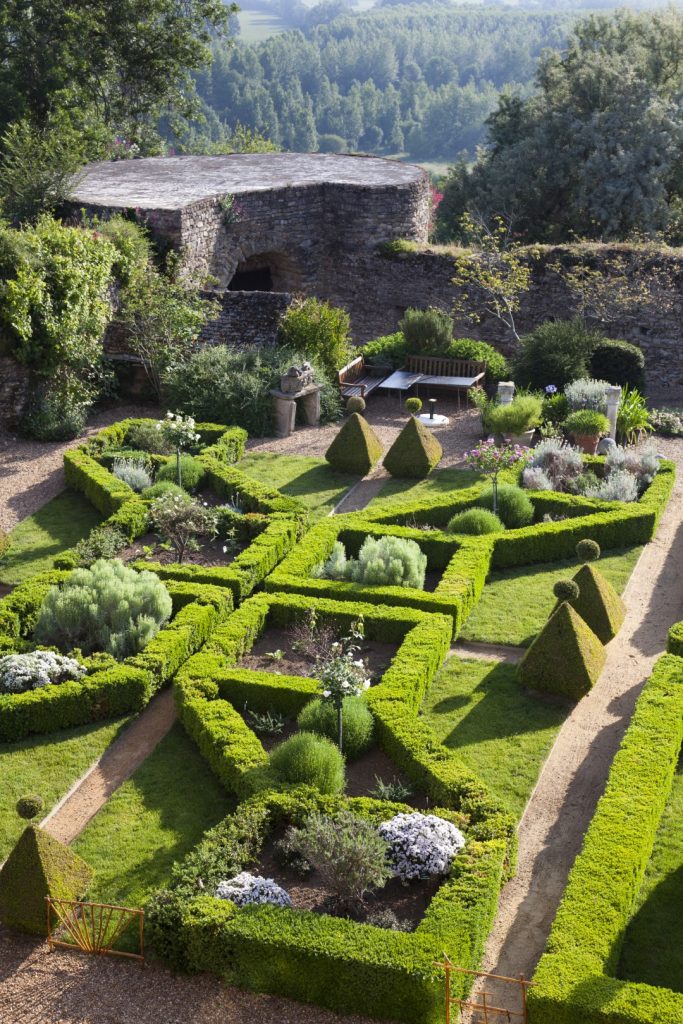 The Castle of Ballon has the most beautiful gardens designed by Jean Gueroult and Alain Richert in the 1960’s although the keep dates back to 1005. This Historic Monument was built by William I of Belleme and was involved in a tug of war between the French and English throughout the centuries until a change in weaponry and warfare lessened its importance.

The Castle of Ballon has the most beautiful gardens designed by Jean Guéroult and Alain Richert in the 1960’s although the keep dates back to 1005, a Historic Monument built by William 1 of Bellême, which gave rise to a tug of war between the French and English throughout the centuries, until this type of fortress lost its importance in warfare.

Just ten minutes from the city centre is a wonderful space – L’Arche de la nature – where the great outdoors can really be appreciated.  It includes a petting farm with local species of animals, herb and vegetable garden, 30 different hiking trails, 40 km of walking and conservation routes, 20 km of mountain bike trails, three orienteering areas, an arboretum, disc-golf, bike and canoe hire over a total of 500 hectares. The Maison d’Eau includes some steam engines, tans of local freshwater fish and an interactive exhibition area. The forest alone is over 300 square hectares of themed areas including wild boar and deer reserves and a Maison de a Forêt which holds all sorts of classes and exhibitions for schools and the public alike about nature, carpentry and so on. 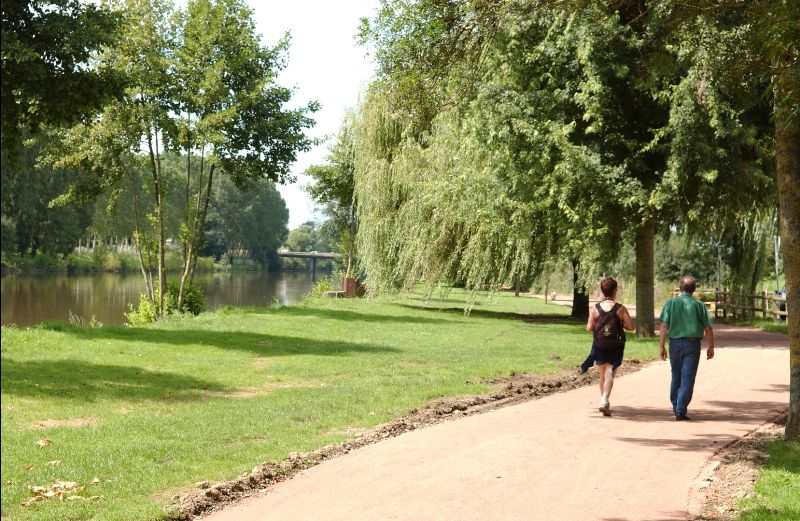 A loop of 72 kilometres joins the various cultural, natural and tourist sites of Le Mans and is dedicated to slow transport options. The Boulevard is accessible by tram, roller skates, roller blades, bicycles, horses and along its length, displays a series of panels telling visitors all about the flora and fauna, history etc.  The loop links the Cité Plantagenet, Arche de la Nature, Arnage and the Gémerie Lake, Rouillon, Coulaines, the 24hr Le Mans course, the MM Arena, the Hippodrome, the 24h Golf course at Mulsanne, the European Riding Centre of Yvré – l’Evêque … 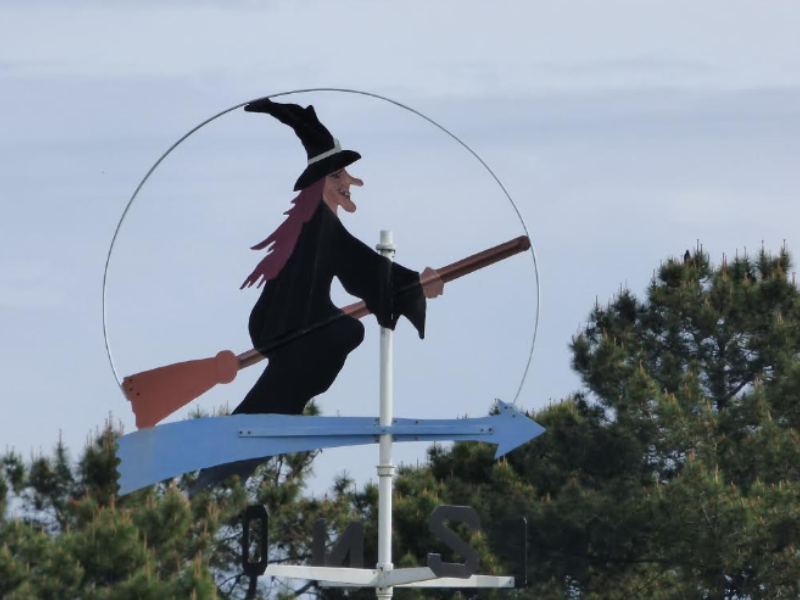 A very local legend has given rise to a lovely part of the Boulevard Nature – the Witch of Arnage.  Arnage is the little Sarthoise village that decided to rid themselves of their naughty witch by throwing her in the river!  However, her dastardly powers meant she resurfaced – which, with the local accent, sounded like ‘Ar- nage’ – (elle re nage – she swims again).  There is a local carnival every year to celebrate their local legend.
A lesser known fact about Arnage is that in June 1853 voted to become independent from France, as they had desired to be for many a long year. The commune of Pontlieue, Spay and Moncé-en-Belin was thus created with all 800 inhabitants!
The village had been on this spot for more than 2,000 years as a port on the main trade route to Paris from parts of Normandy, Brittany and Poitou. It gave the Route Nationale its final trajectory blueprint too in later years. Nowadays the Route Nature follows a well signposted path of about five kilometres at this point and sites include the lake and arboretum.

Photo credit: Pays du Mans
The Sarthe River is popular in the summer months for cruising with boat hire available from the Marina – everything from electric boats to cruisers. The Guinguette is a fun dancing bar open in summer. Fishing is popular – for sander, perch, pike …and by night for carp! 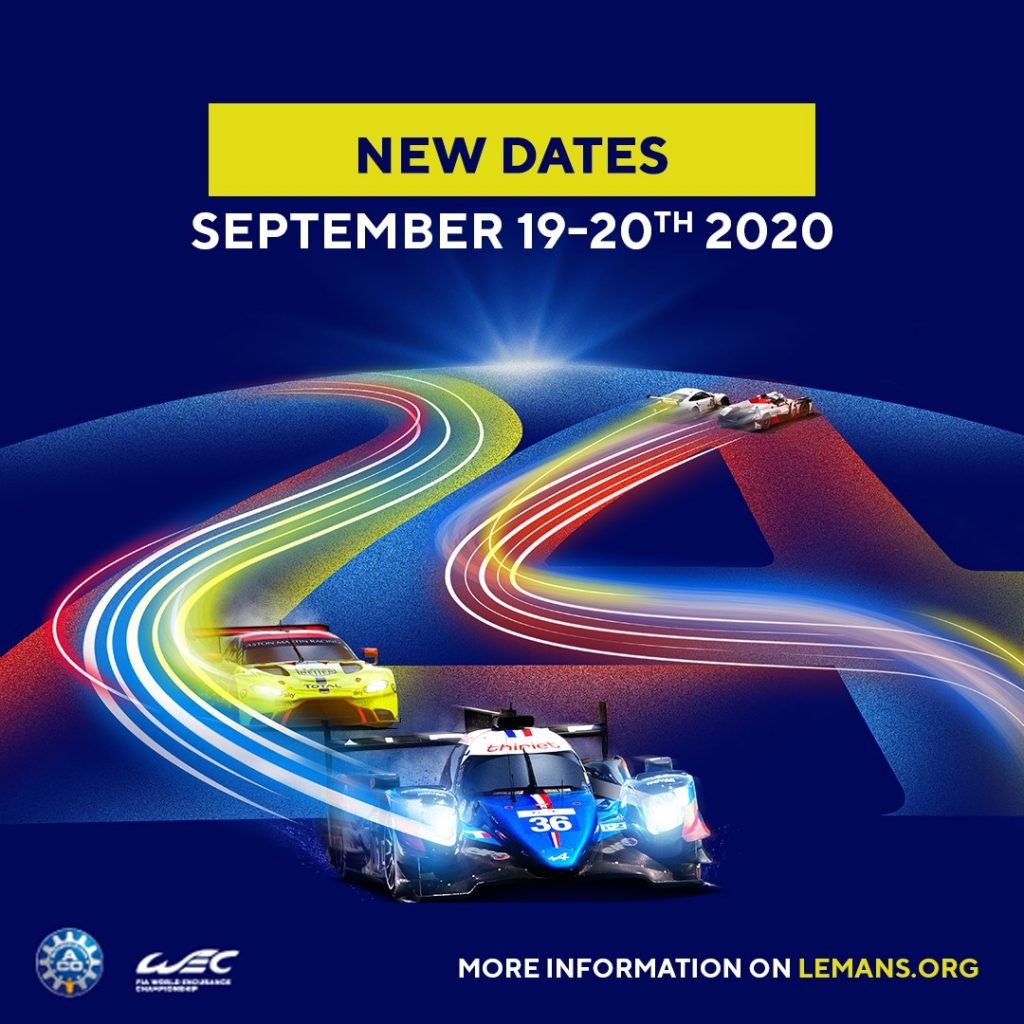 Image courtesy of Lemans.org
Travelling to Le Mans: Take the Eurostar or fly to Paris and travel from Paris Montparnasse Train Station via TGV Atlantique direct to Le Mans (55 minutes). It’s only around a two hour drive from Caen.
Notes for editors:  Often referred to as the Plantagenet city, Le Mans (the city of Art and History) enjoys strong links to the UK and is best known for the 24-hour car race but is so much more.

An historical gem, valued for innovation in technical, medical and educational excellence, its also very green, teeming with glorious gardens, many hidden and secreted away and its  the gateway to the Loir.