Off The Beaten Track With Camping And Caravanning Specialist Les Castels, France 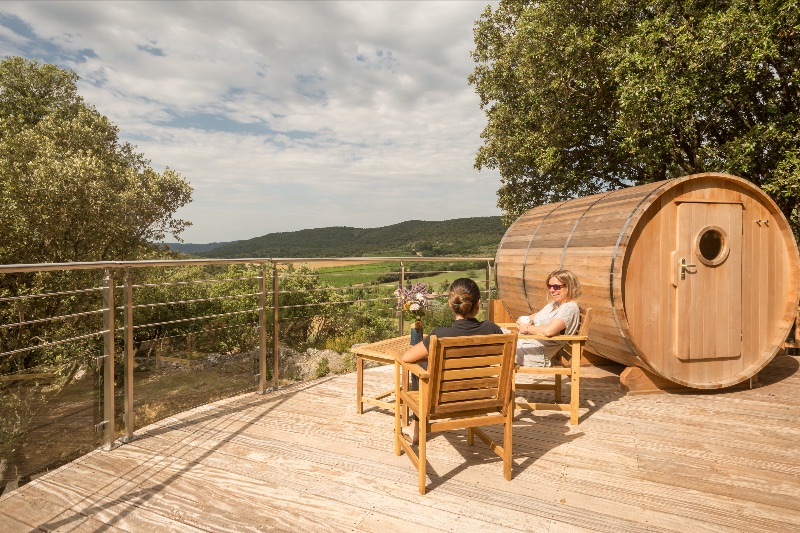 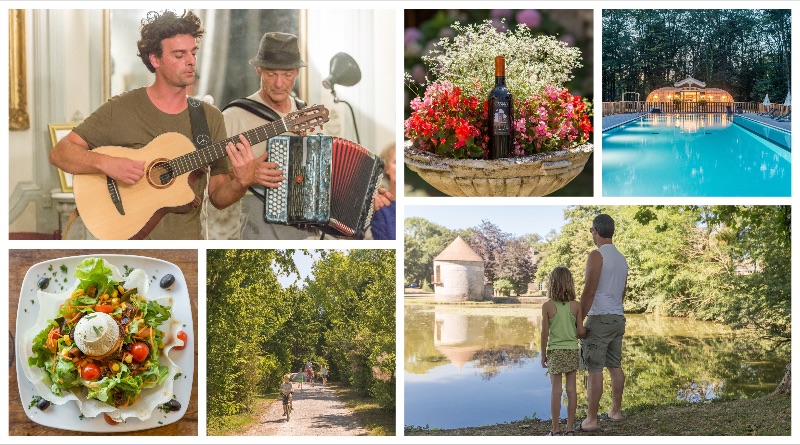 Enjoy the delights of a holiday in the depths of rural France, away from crowded resorts and packed beaches, with Les Castels. From lakeside to seaside, from green valleys to wooded hillsides and river banks, there is a Les Castels destination for most tastes, offering everything from mobile homes to treehouses, gîtes to tarpaulin tents – most importantly giving you space and time to recharge those batteries.

Here are a few suggestions of places to try with the family or without! There is always something happening to entertain, but if peace and quiet is what you are after, these locations certainly fit the bill. 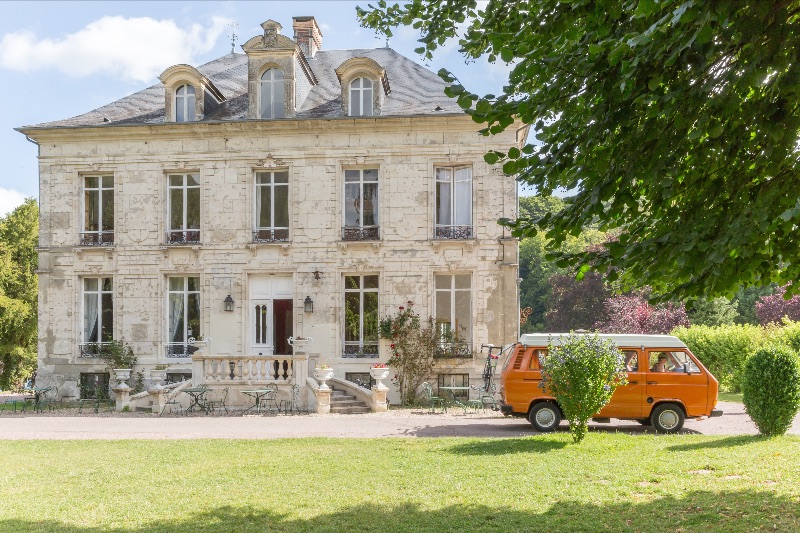 Le Brévedent, Normandy is just a few kilometres from the lovely Pont–l’Eveque but you would never know it, such is the tranquillity of this gorgeous lakeside site in six hectares of forested grounds of an eighteenth-century hunting lodge. The closeness to nature is reflected in the workshops, observation of the local flora and fauna, fishing pond, as well as being in a famous cider-making area. It is now known for the development of an ecologically friendly permaculture.

A former vineyard with magnificent views towards the garrigue and gorges of the Ardèche, the Domaine de Sévenier is not far from the famous Pont d’Arc. The hillside site offers a tranquil holiday destination of five-star quality … and a five star cellar to boot. The cuisine uses delicious local produce and there is a wellbeing spa in which to really relax. 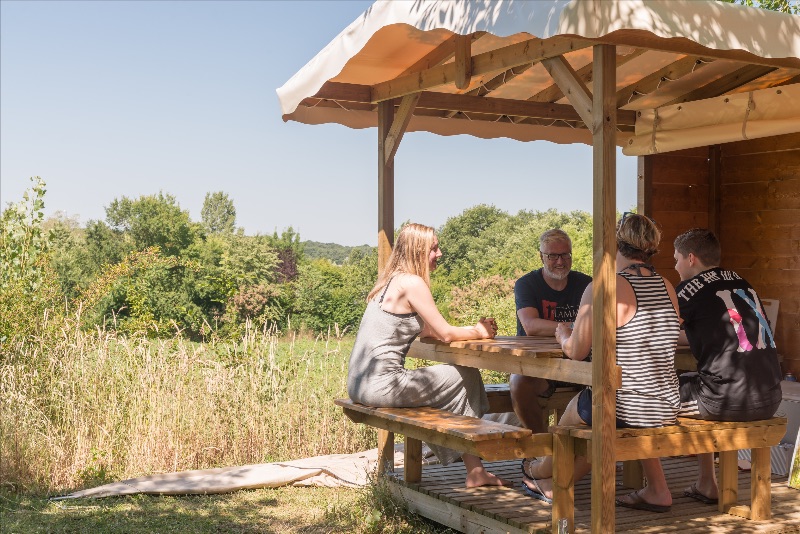 Le Camp de Florence is set in a 10 hectare site in the heart of the Gers – the vistas of the undulating countryside are spectacular. The village of Romieu (one of the ‘Most Beautiful Villages of France’) is just down the road from the site and the UNESCO collegiate church there is a must see for visitors. Walks and hikes in the surrounding countryside of what was a nineteenth century farm are very much appreciated. 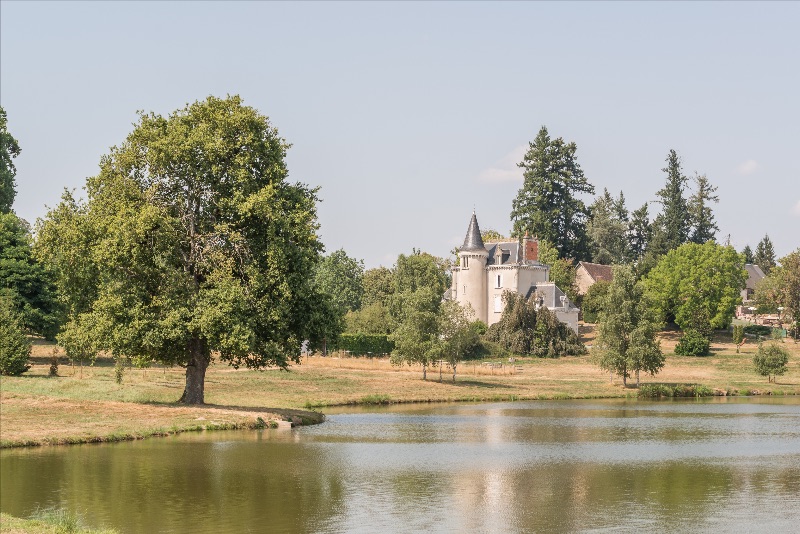 An even bigger area in which to lose yourself, Le Château de Poinsouzecovers over 100 hectares, brimming with ponds, a lake, fishing areas, walks and paths, all with a mind on nature conservation – it is one of the owner’s top priorities. The fifteenth century Renaissance château is the centrepiece and it is quite spectacular. 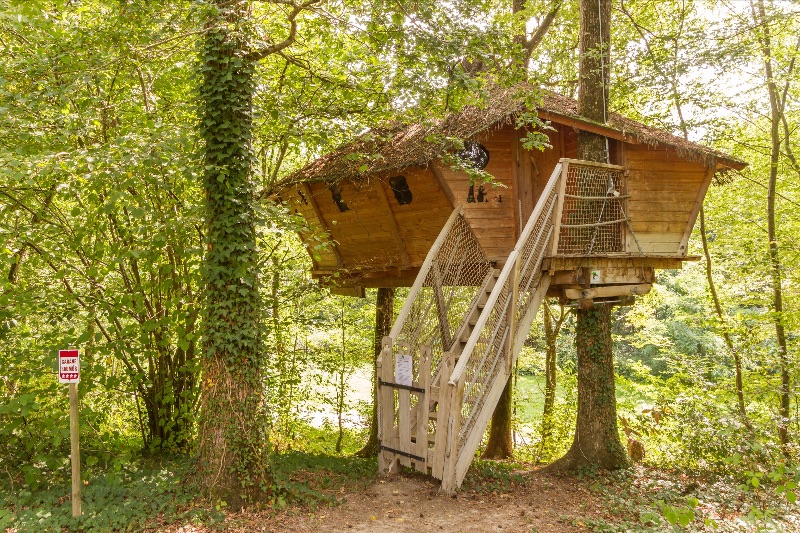 Le Parc de Fierbois is situated in another UNESCO site, so close to the famous vineyards and chateaux of this spectacular valley – Amboise, Azay-le-Rideau, Chenonceau, Villandry, etc. This is the ideal location in which to relax … and enjoy the aqua park and the quality accommodation as well. 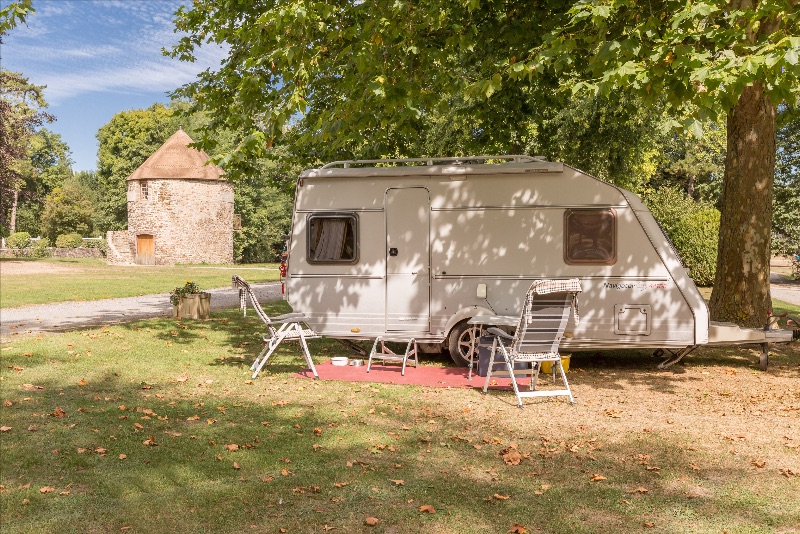 Another lovely Normandy setting, Le Château de Lez Eaux lies in the grounds of a castle, although with the aquatic centre, jacuzzi chalets and exotic tree-houses, you would think you were in the tropics. The famous Mont-St-Michel is close by, so a gentle sightseeing trip is definitely worth taking.

The oldest site in the organisation, Le Château de Leychoisier is just twelve kilometres from the porcelain capital of France, Limoges. This is an extensive area of over 45 hectares with a thousand year old château surrounded by centuries old lime trees and sequoias. There is an animal park and fishing lake; this is an ideal spot for tranquillity and comfort – just what the doctor ordered. 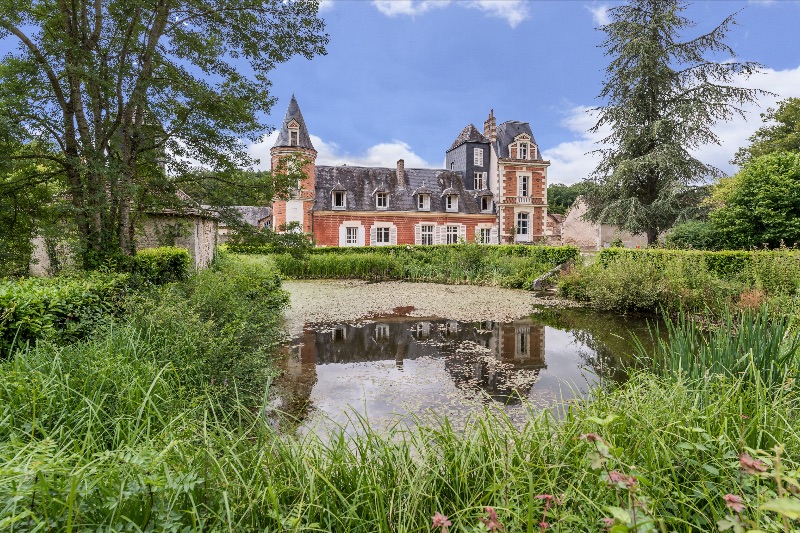 The cultural heritage of the historical Loire Valley was well preserved at L’Orangerie de Beauregard by owners Jane and Tim, as they renovated this red-stoned, little castle. Jane has always been enthusiastic about the local cuisine and has worked hard on restoring the kitchen garden. A weekly farmers’ market is held on the site, again emphasising the dedication to the local area which is common to Les Castels site owners. 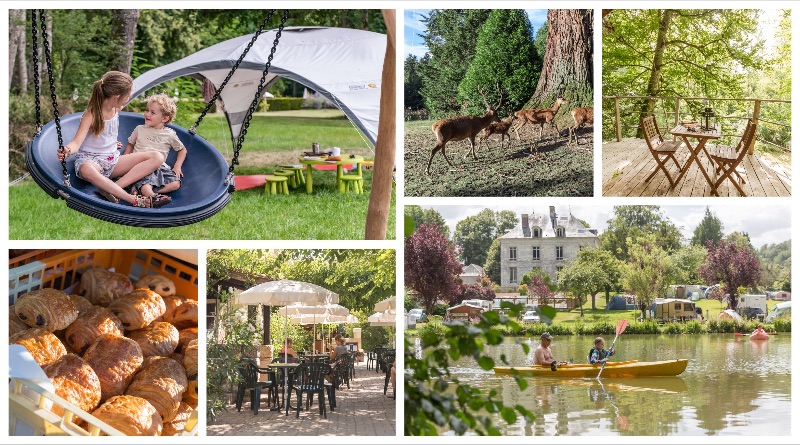 Les Castels is a group of 25 sites throughout France that have long set the gold standard as far as four- and five-star self-catering accommodation and camping are concerned. For more than 60 years Les Castels has merited the reputation as being convivial, offering fun and entertainment and a natural authenticity that promotes local history and inheritance; a slice of the real France. The sites are all independently owned and the passion of the proprietors for their region and all it has to offer is evident. Whatever your preference there is a Les Castels site to suit all tastes and requirements.
Les Castels 2021:
25 campsites
5795 pitches
56 small pitches
700 large pitches
52% of camping pitches
48% of self-catering accommodation
They are ‘Clef Vertes’ – the French eco-label
Two sites have European ecolabels
For more information, please visit https://www.lefrenchtime.co.uk/les-castels