Unforgettable Drôme from Vercors to Provence 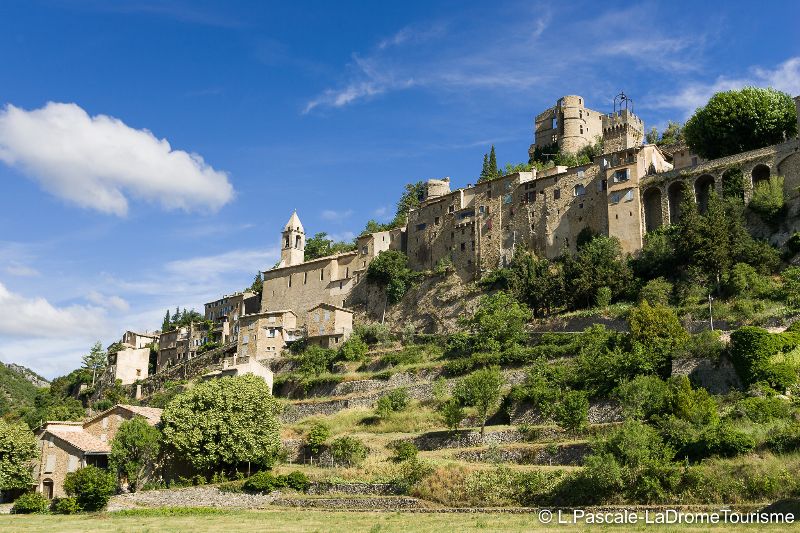 Just south of Lyon, the Drôme is a beautiful department with its varied landscapes, wonderful cuisine and exceptional places to see. Here are five of our top reasons for visiting when we can welcome you back to France.

Absolutely unique, this phantasmagorical ‘palace’ – the Palais Ideal du facteur Cheval – is the work of one man, Ferdinand Cheval, who, between 1879 and 1912, built his dream, stone by stone, piece by piece as a present for his daughter.

He was a rural postman with no building expertise or architectural experience.His inspiration was nature, what he read in magazines and pictures on postcards that he delivered to the community. The palace has been celebrated as a masterpiece of naive art admired by surrealists and listed as a historic monument in 1969 by the then Culture Minister André Malraux.  It is being considered for UNESCO status.

Concerts are held here in the summer nowadays.

The Châteaux of the Drôme and the Crest Tower 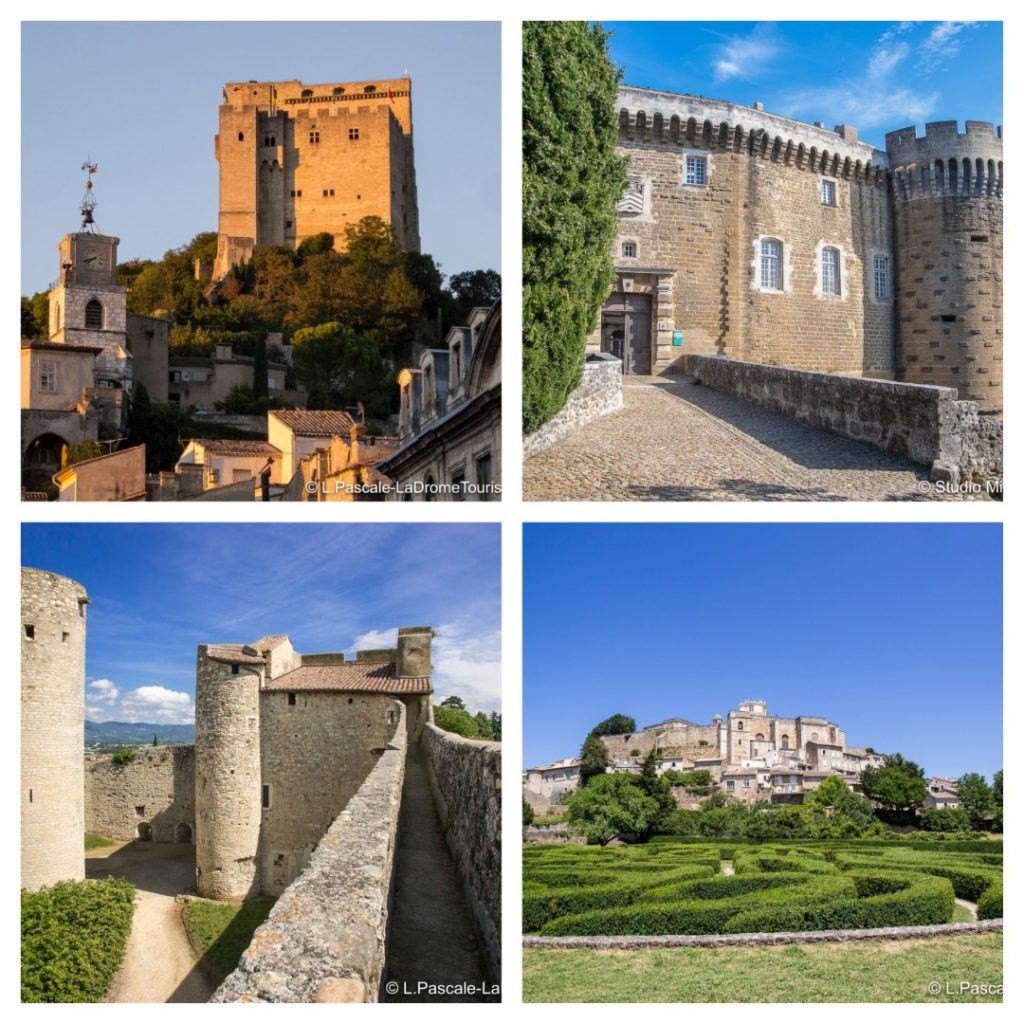 The view from the terraces is astonishing with a 360 – degree panorama stretching from this, one of the ‘most beautiful villages of France’ to Mont Ventoux. It has been classified as a historic monument since 1993.  In the summer evenings concerts are held.

The Château of Suze-la-Rousse – The Château of Suze-la-Rousse has a majestic presence over the lavender for the and vine filled fields.  It was an impressive military fortress belonging to the co-Princes d’Orange which was later turned into a family home centered on the magnificent courtyard, until it was acquired by the Drôme in 1965 when it was classed as a Historic Monument. Since 1978 it has been the home of the globally acclaimed University of Wine.

The Château de Montélimar – The Château de Montélimar is a medieval building constructed in the twelfth century by the Adhémar family who gave their name to the town.  It sits above the town, a marvelous example of Romanesque Mediterranean architecture and with arcades the like of which are not found anywhere else in the world.  It was eventually turned into a prison in the French Revolution and stayed as such until 1926.  It was classified as a historic monument in 1889.

The Tour de Crest – The Tour de Crest is the tallest keep in France and dates from the twelfth century when it was built by the Arnaud family. At one time belonging to the French kings and the Grimaldis of Monaco, it is one of the finest examples of medieval military architecture.

Unsurprisingly, the views are outstanding! It served as a prison from the fifteenth to nineteenth century and a must see is the original graffiti from some of the prisoners – especially Protestants incarcerated in the Religious Wars. It was classified as a historic monument in 1877 and bought by the Chabrières family the following year.

Montbrun-les-Bains –
one of the ‘Most Beautiful Villages of France’

Montbrun-les-Bains  – Montbrun-les-Bains is classified as one of the ‘Most Beautiful Villages of France’. It has lovely fountains and monuments and is a top thermal resort where people come to take the cures especially for respiratory problems.

The tall houses of some six or seven storeys, the ruins of the Dupuy-Montbrun Renaissance castle, the twelfth century church, the elegant tower of the Clock Gate and the fourteenth century walls are all a good reason to visit the village. 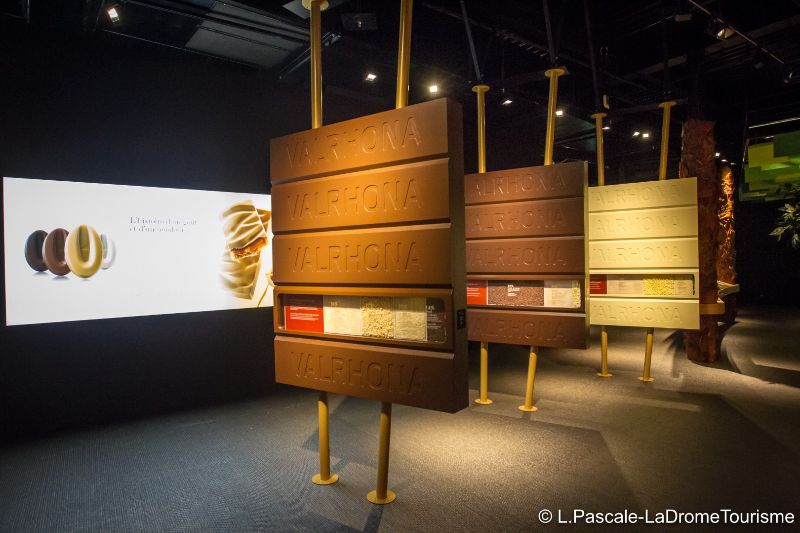 Valrhona – the Cité du Chocolat – is a multi-sensorial, interactive experience, not just an outlet for what is known as the gourmet chef’s chocolate as it is favoured by the very top cooks. Even the restaurant has a chocolate-based theme. The tour describing the chocolate making process is not only original and interesting but has lots of tastings and sampling, perfect for any chocoholic. 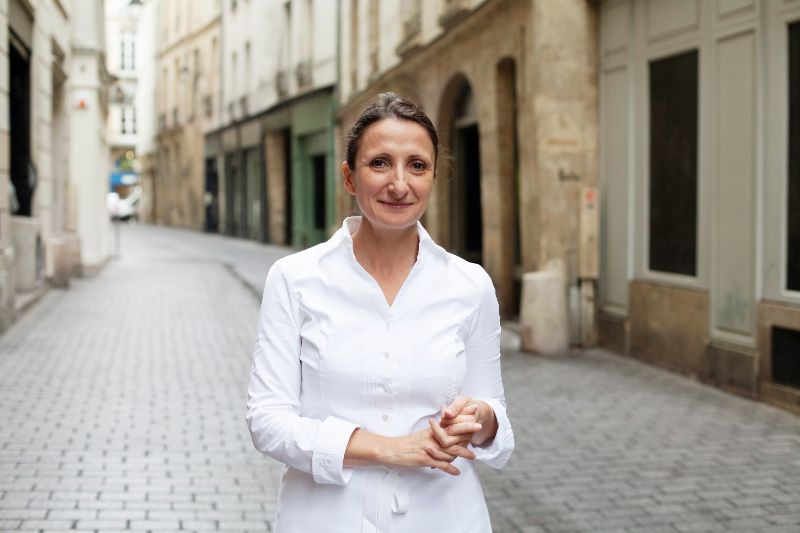 Anne-Sophie Pic – No trip to the Drôme is complete without a visit to the restaurant of France’s top female chef, Anne-Sophie Pic – the only three-star Michelin female chef. The Pic dynasty has been in Valence for 130 years, with Anne-Sophie’s father, Jacques, and grandfather having worn the mantle before her.  Not only does she have this amazing gastronomic venue – Pic, but several others in Valence – Brasserie André, a take away – Daily Pic, l’EPICerie … and a cookery school too – Scook.  There is something for all budgets.

Notes to Editors: The Drôme is the area of France just south of Lyons, situated between the Vercors and Provence. There is a great diversity of landscape and a wealth of agriculture with everything from lavender to wine, fruit and vegetables to olives. The Drôme is the premier part of France for bio-agriculture which has much to do with the warm climate and the soil.  Some of the finest Drôme products include truffles from Tricastin, Valrhona chocolate, olive oil from Nyons, picodon cheese, etc – often used by some of the finest chefs in France that have restaurants here – such as Anne-Sophie Pic for example in Valence. The wines of the Hermitage, Tain l’Hermitage and Vinsobres in the Rhône Valley are world renowned.
Visit lovely villages such as Grignan, often built of local stone, gorgeous châteaux such as Suze-la-Russe and its wine university. There are towns like Montélimar the capital of nougat which is not to be missed, alongside cities such as Valence with its long history. Romans–sur-Isère is the shoe capital of France, all interspersed by gorgeous scenery of the Vercors, Baronnies Provençales and Rhône Valley.

To sum up, The Drôme offers a great short break destination, perfect for family holidays and active breaks.
https://www.ladrometourisme.com/en/homepage/